legiona 16 Februari 2019 Firmware Tidak Ada Komentar
Android is a Linux-based operating system designed for touch screen mobile devices such as smartphones and tablet computers. Android was originally developed by Android, Inc., with financial support from Google, which then bought it in 2005. The operating system was officially released in 2007, together with the establishment of the Open Handset Alliance, a consortium of hardware, software and telecommunications companies that aimed to advance the open standards of mobile devices. The first Android cellphone went on sale in October 2008. 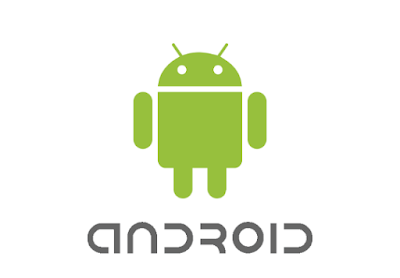 The Android user interface is generally in the form of direct manipulation, using touch gestures that are similar to real actions, for example sliding, tapping, and pinching to manipulate objects on the screen, as well as virtual keyboards to write text. In addition to touch screen devices, Google has also developed Android TV for television, Android Auto for cars, and Android Wear for watches, each of which has a different user interface. Variants of Android are also used on portable computers, game consoles, digital cameras, and other electronic equipment.

Android is an open source operating system, and Google releases the code under the Apache License. Open source code and licensing licenses on Android allow software to be freely modified and distributed by device makers, wireless operators, and application developers. In addition, Android has a large number of application developer communities (apps) that extend the functionality of the device, generally written in a customization version of the Java programming language. In October 2013, there were more than one million applications available for Android, and around 50 billion applications were downloaded from Google Play, Android’s main application store. A survey in April-May 2013 found that Android is the most popular platform for developers, used by 71% of mobile application developers. In Google I / O 2014, Google reported there were more than one billion Android monthly active users, increased from 583 million in June 2013.

The above factors have contributed to the development of Android, making it the most widely used smartphone operating system in the world, beating Symbian in 2010. Android is also an option for technology companies who want a low-cost, customizable, and lightweight operating system. for high-tech devices without having to develop them from scratch. The open nature of Android has also encouraged the emergence of a large number of application developer communities to use open source code as the basis for application creation projects, by adding new features to advanced users or operating Android on devices that officially released using another operating system.

In November 2013, Android controlled the global smartphone market share, led by Samsung products, with a percentage of 64% in March 2013. In July 2013, there were 11,868 different Android devices with various versions. The success of this operating system also made it a target ligitation patent “smartphone war” between technology companies. Until May 2013, a total of 900 million Android devices have been activated worldwide, and 48 billion applications have been installed from Google Play.

Android, Inc. was founded in Palo Alto, California, in October 2003 by Andy Rubin (founder of Danger), Rich Miner (founder of Wildfire Communications, Inc.), Nick Sears (former VP of T-Mobile), and Chris White (head of design and development of WebTV interfaces ) to develop “smart mobile devices that are more aware of their location and user preferences”. The initial goal of developing Android was to develop a sophisticated operating system for digital cameras, but later realized that the market for these devices was not large enough, and the development of Android diverted to the smartphone market to compete with Symbian and Windows Mobile (Apple iPhone was not released at the time). Although Android developers are experienced technology experts, Android Inc. operated secretly, only revealed that the developers were creating a software intended for cellular phones. Still in the same year, Rubin ran out of money. Steve Perlman, a close friend of Rubin’s, lent him $ 10,000 in cash and refused to offer shares in the company.

Google acquired Android Inc. on August 17, 2005, making it a subsidiary wholly owned by Google. Founder of Android Inc. like Rubin, Miner and White continued to work at the company after being acquired by Google. After that, not much was known about the development of Android Inc., but many assumptions stated that Google planned to enter the cell phone market with this action. In Google, the team led by Rubin began developing a mobile device platform using the Linux kernel. Google markets the platform to cellular device manufacturers and wireless operators, with the promise that they provide a flexible and renewable system. Google has selected several software and hardware company partners, and has signaled to cellular operators that this collaboration is open to anyone who wants to participate

On November 5, 2007, the Open Handset Alliance (OHA) was established. OHA is a consortium of technology companies such as Google, manufacturers of mobile devices such as HTC, Sony and Samsung, wireless operators such as Sprint Nextel and T-Mobile, and chipset manufacturers such as Qualcomm and Texas Instruments. OHA itself aims to develop open standards for mobile devices. At that time, Android was inaugurated as its first product; a mobile device platform that uses the 2.6 version of the Linux kernel. The first commercial cellphone that uses the Android operating system is the HTC Dream, which was launched on October 22, 2008.

In 2010, Google released the Nexus series; smartphone devices and tablets with the Android operating system produced by cellular phone manufacturer partners such as HTC, LG and Samsung. HTC collaborated with Google in releasing the first Nexus smartphone product, the Nexus One. This series has been updated with newer devices, for example Nexus 4 smartphones and Nexus 10 tablets produced by LG and Samsung. On October 15, 2014, Google announced Nexus 6 and Nexus 9 produced by Motorola and HTC. On March 13, 2013, Larry Page announced in his blog post that Andy Rubin had moved from the Android division to work on new projects at Google. He was replaced by Sundar Pichai, who previously served as division head of Google Chrome, which developed Chrome OS.

Since 2008, Android has gradually made a number of updates to improve operating system performance, add new features, and fix bugs in the previous version. Each major version released is named alphabetically based on the names of dessert or sugary snacks; for example, version 1.5 is called Cupcake, which is followed by version 1.6 Donut. The latest version is version 9.0 with the name pie, which was released on August 7, 2018.